Why does Team Biden want to buy Venezuelan oil? 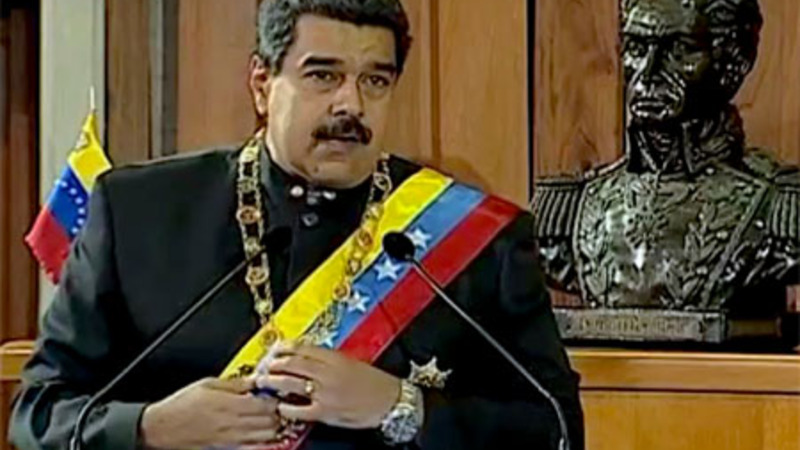 The fix is in.

During the Thanksgiving holiday, the Biden Administration announced it was quietly reversing policy and allowing limited petroleum imports from Venezuela. The Treasury Department lifted restrictions permitting a six-month deal to ease sanctions so that Chevron petroleum may buy and then ship Venezuelan crude oil to American refineries.

So while Americans were celebrating with Thanksgiving turkey, and distracted from political events, the people were being played for political turkeys.

So why the quiet but significant policy change? And moreover, why does the Biden Administration wish to resume petroleum purchases from one of Latin America’s most brutal and corrupt dictatorships?

Well much of this is about, you guessed it, Russia.

Since the U.S. fortunately stopped buying Russian oil this year, there have been considerable shortfalls in the American energy supply.  Why?  Quite simply because the USA is foolishly and willfully reducing its domestic petroleum production while at the same time seeking new foreign sources. Venezuela has one of the world’s largest petroleum reserves and used to pump up to three million barrels per day, so logically why not go there? In the past, Venezuela was a major U.S. petroleum supplier.

But naturally the political cards first have to be reshuffled; The United States, most of Europe and many Latin American states had supported opposition leader Juan Guaido’s “interim government” since Nicolas Maduro’s socialists won a rigged election in 2018. Now with the parties of the Venezuelan democratic opposition faltering and willing to negotiate with the Maduro regime, there’s an opening for “dialogue” and a “third way” as they used to say.

At the same time, Colombia, the country which borders Venezuela has become a major destination for over two million Venezuelan refugees.  Yet with the election of a leftist leader President Gustavo Petro political ties warmed between Bogota and Caracas.  President Petro visited Venezuela recently and was feted by Maduro. In recent months key regional states including Colombia, Bolivia, and Peru re-embraced the once ostracized Venezuelan regime.

For Washington, since regime change to topple Maduro failed to work, its let’s go back to business in Caracas and get the oil flowing again.

Buying into the myth that Venezuela has changed reflects myopic political rationalization which fails to see the unchanging character and corruption of the Maduro dictatorship, the millions of refugees which have fled the once prosperous country because of his misrule, and the reality that the Caracas regime remains a close ally of Cuba, China, Russia and Iran.

A little history. President Nicolas Maduro became the dull as dishwater political heir to the charismatic but deceased Hugo Chavez who led a once pretty prosperous Venezuela into a socialist morass where it now flounders in corruption. Contrary to the simple myth that Venezuela was a “typical” Latin American failed state, the country once had a reasonably strong democratic system, a prosperous economy fueled by oil exports and a reasonable standard of living.

Part of the Venezuelan failed state analogy extends to the country’s once lucrative and profitable petroleum industry. Oil production has only slowly rebounded this year to 680,000 barrels per day, far below the 2.9 million barrels produced daily a decade ago.  Oil output has dropped dramatically due to U.S. sanctions as well as mismanagement of the production fields and refineries.  Equally the Venezuelan state petroleum producer PDVSA suffers from corruption and dilapidated infrastructure.

As recently as 2018, Venezuela exported about 500,000 barrels of crude oil daily to the United States; in 2019, sanctions halted Venezuelan imports to the U.S.

Tragically, Venezuela’s biggest export are its people. Since 2015, something like a quarter of the entire population has fled Maduro’s Bolivarian socialist paradise.  According to the UN High Commissioner for Refugees (UNHCR) there are over over 6 million Venezuelan refugees and migrants worldwide. The vast majority are in countries within Latin America such as Colombia and Brazil.

UNHCR states, “this has become the second-largest external displacement crisis in the world.” The agency has earmarked $1.8 billion for refugee and migrant relief this year.

Many Venezuelans flee through Mexico, later crossing the U.S. border illegally with the help of people traffickers.

It’s a slow process to get the oil flowing again.  Besides purchasing limited amounts of oil to ship to American refineries, does the Biden plan wish to lend U.S. technical expertise to restart a rundown and ramshackle industry only to fill the Caracas banks with U.S. dollars? Will America rehabilitate a failed socialist state so that we may be dependent on their oil?

John J. Metzler is a United Nations correspondent covering diplomatic and defense issues. He is the author of Divided Dynamism the Diplomacy of Separated Nations: Germany, Korea, China (2014). [See pre-2011 Archives]
wikmad by N/A is licensed under Wikimedia Commons N/A