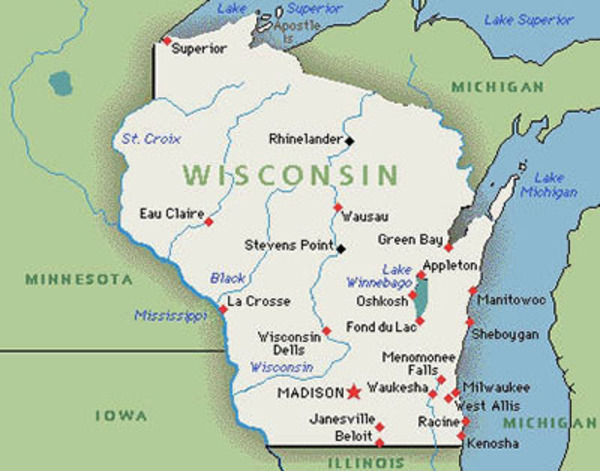 mapwisc-1 by N/A is licensed under Internet N/A
N/A
by WorldTribune Staff, February 11, 2022

A review of Wisconsin voter lists that has been ongoing for about 14 months found tens of thousands of instances of "fraud and failures in Wisconsin’s voter database," according to Feb. 9 testimony before the Assembly Committee on Campaigns and Elections.

Among the findings presented at the hearing:

• Hudson, Wisconsin experienced 10 percent population growth between 2012 and 2020 but a 128 percent increase in registered "voters".

• "Voters" registered with no first names.

• 3,713 voters were registered with U.S. Post Office boxes as the address.

The data, revealed by data analyst Peter Bernegger during an informational hearing of the committee chaired by Republican state Rep. Janel Brandtjen, was obtained via open records law requests.

While ignoring the data presented at the hearing, several media outlets noted that Bernegger was convicted of bank fraud and mail fraud in 2009 for deceiving investors in two startup companies. Bernegger was released from federal prison in 2014.