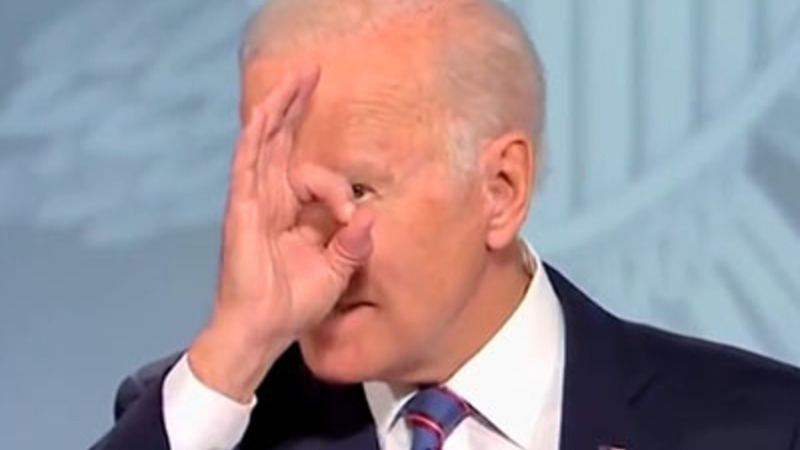 So, 81 million people voted for this?

The Department of Labor reported that the consumer-price index — which tracks what consumers pay for goods and services — rose in November by 6.8 percent from a year ago. The sixth straight month of inflation above 5 percent enabled Team Biden to set a 40-year high for inflation.

It was revealed last month that U.S. consumer prices accelerated at the fastest annual pace in more than 30 years as supply chain bottlenecks and materials shortages persisted and gasoline prices surged.

Big Media has been continually pumping out propaganda which informs Americans that inflation is a good thing.

“Inflation Is Good for You,” The Intercept wrote in early November.

“Inflation: It might actually be good for the economy,” Fortune wrote in July.

“Why inflation can actually be good for everyday Americans,” CNN wrote this December.

Washington Times columnist Cheryl K. Chumley noted on Dec. 10: "President Biden and his water carriers in the press and the political world want the American public to believe that inflation is good for the economy, good for ye olde pocketbook, good for the administration’s friends and foes alike because, well, gosh darn it, everyone is helped when prices soar. Don’t get the logic? Don’t worry. There is none."

After Joe Biden released 50 million barrels from the Strategic Petroleum Reserve before Thanksgiving, the biggest release in American history, his team celebrated a 2-cent drop in gas prices.

The national average for a gallon of gas on Thursday was slightly lower than the day before at $3.34, but $1.18 higher than the year before, according to AAA.

Nearly every category of food is up in price compared with last year.

"Try as Democrats will to sell the myth, Americans who pump gas aren’t buying the lie — Americans who buy food aren’t swallowing the deception. Team Biden can’t fool citizens into seeing money in their wallets that just isn’t there," Chumley wrote.

“Mitch McConnell just folded on the Debt Ceiling, a total victory for the Democrats — didn’t use it to kill the $5 Trillion Dollar (real number!) Build Back Worse Bill that will essentially change the fabric of our Country forever. The Old Crow’s two-month extension, and the break up of the Bill into two parts, gave the Democrats everything they needed. The Dems would have folded completely if Mitch properly played his hand, and if not, the Debt Ceiling scenario would be far less destructive than the Bill that will get passed. He has all the cards to win, but not the 'guts' to play them. Instead, he gives our Country away, just like he did with the two Senate seats in Georgia, and the Presidency itself. The Old Crow is a disaster!”

bflation by N/A is licensed under Video Image N/A